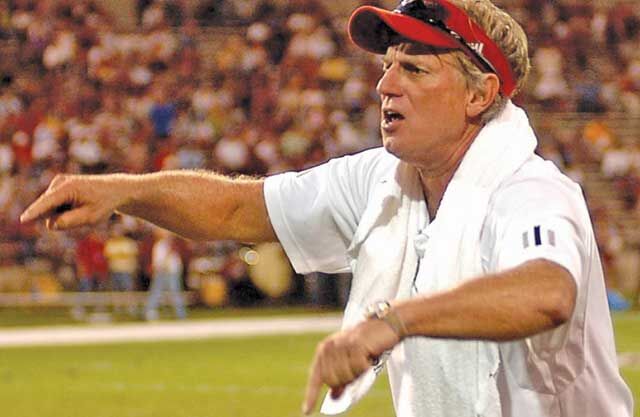 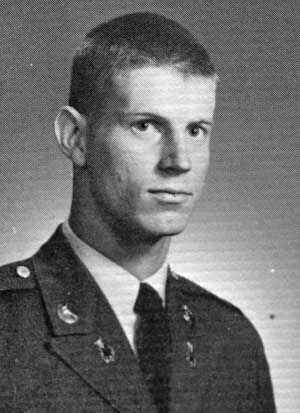 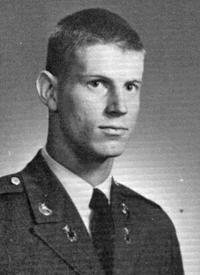 NMMI Sports Press PhotoThe father of the “Air Raid” offense, Hal Mumme in his cadet picture at NMMI as a sophomore, Class of 1971.

It all began by happenstance. The football gods smiled on one man as a youngster just finishing his RAT (Recruit-At-Training) training. No one knew the skinny wide receiver at New Mexico Military Institute would become the godfather of a wide-open passing attack. He would later go on to be named along with Sid Gilman and Mike Leach as the originator of the modern passing game.

Football fans must thank one man that no one knows about or remembers. In fact, he’s not famous to anyone, except the NMMI football faithful. Without former NMMI head football coach Robert “Bob” Dennis, there might not have been a Hal Mumme, and without Mumme, there would not have been a “Air Raid” offense.

The past two years, football fans have seen the exploits of Super Bowl-winning quarterback Patrick Mahomes of the Kansas City Chiefs. Mahomes’ highlight reel includes running to his left and throwing the ball back across his body 60-yards to Tyreek Hill for a touchdown.

Football fans have only Hal Mumme to thank for the way football is played today. Mumme was a skinny wide receiver running routes in practice at NMMI. In practice, NMMI would throw the ball a lot back then.

Gone are the days of Woody Hayes football, where a team would run the ball 3-yards in a cloud of dust. No more Oklahoma football, where they would run the wishbone offense, or the Nebraska Cornhuskers running the ball on every play, even on passing downs. No. The concept of the “Air Raid” has filtered down to high school football and traces of the offense are coming down to the youth football leagues.

Now it is fast-break basketball on the football field.

Mumme ended up at NMMI because he was placed there by the naval academy in Dallas. He had a nomination and they told him that he needed to prep for a year because his math score needed to improve.

Heart to heart talk with ‘Doc’

While here, Mumme had fallen in love with being a football coach. Doc Blanchard, the first-ever junior to win a Heisman Trophy was the commandant at NMMI.

“We used to have some long discussions,” Mumme said. “Usually, I was at attention and he was yelling at me. At one point, he said to me, ‘What are you doing here?’

“‘Why are you doing that?’ Blanchard said. ‘You just want to be a football coach.’

“It struck home with me and I went to the football coach and asked if I could come back for one more season and play. I had to call my dad and tell him I wasn’t going to the Navy, which was the hardest part.

“I have never regretted being at NMMI,” Mumme said. “It was a great experience and it served its purpose. Part of the job is to pick guys that don’t want to be at academy, too.”

Mumme played for Robert “Bob” Dennis, who coached Roger Staubach. Dennis came from the Canadian Football League and was used to throwing the ball around. Mumme laughed at the way Dennis used to walk up and down the sidelines in a trench-coat smoking cigarettes, yelling at his coaches if they called a running play. Mumme also liked playing for offensive coordinator John Usery.

“I loved it,” Mumme said, “it was the most fun I ever had at playing.”

NMMI helped Mumme became a good student — with the study table he was required to study for two hours a night. He had never done that before. In high school, he was one of those guys that was blessed to be able to read well. He could sit in class and listen and get B’s by just showing up.

“I have a deep appreciation for NMMI,” Mumme said. “When I got to NMMI, it wasn’t that way at all. There they made you sit at a desk with your feet on the ground for two hours and concentrate on a subject. For an 18-year-old, that’s an invaluable lesson.”

Carl Limbaugh was the drama and English professor whose class Mumme enjoyed taking. Mumme said that a lot of students dreaded taking his class because of his reputation for being hard and difficult. Mumme and his roommate found it not to be the case. Both enjoyed the class and found Limbaugh to be interesting.

Mumme and his roommate passed the English class with a B. They went to the student center and were celebrating because they had passed Limbaugh’s class. They look up and see Limbaugh sitting there. Limbaugh called them over and talked them into taking a drama class from him.

“I appreciate all those academies, and what they do and what they go through. NMMI taught me a lot of discipline that I didn’t have in my life at that time.”

Mumme felt college football was fun and he learned discipline. Mumme fell in love with head coach Dennis’ schemes because he learned there was another way to attack the football field. Most teams were running the wishbone at that time and very few were throwing the ball around the yard. During his two seasons at NMMI, in 1970, their record was 5-5, and in ‘71, 3-6.

“Being at NMMI,” Mumme said, “taught me that passing the football was a good way to go. Being at NMMI taught me a love for throwing the ball. I knew when I went into coaching, I wanted to do something like that.”

Mumme transferred to Texas Arlington on a football scholarship. He had a disagreement with the head coach, thought he should have started and he did not. He transferred to Tarleton State and played two years there before graduating.

“I never had as much fun,” Mumme said, “as I did at NMMI. My early experiences in life were the passing game and that was fun. Later in college, it was fun and the wide receiver’s job was to stalk block. When I graduated and got into coaching, I wanted to do something fun.”

Mumme was a student of the game, he studied every passing team out there. His life changed when he opened the newspaper in the late ‘70s and BYU had beat Texas A&M in College Station while they were ranked No. 1 in the nation.

Mumme put that in the back of his mind and started following BYU around and tried to figure out what BYU was doing. Eventually, BYU coach LaVell Edwards would become a mentor to Mumme. From Edwards, he learned the base pass offense. They added the San Francisco 49ers’ Bill Walsh game planning and practice planning, with the technical aspect to routes.

Mumme was hired at Iowa Wesleyan and hired Mike Leach as his running backs and offensive line coach, while Mumme coached quarterbacks and receivers. Mumme also brought the offense he used at Copperas Cove High School in Texas.

“With Mike Leach,” Mumme said, “what you see is what you get. He is the little brother I never had. He is also a lot of fun and brilliant. We got so good so fast at Wesleyan that no one would play us.”

Wesleyan had the hardest schedule. They also had to play up two and three divisions. Mumme said he had to find an edge going against bigger schools.

“I told Mike,” Mumme said, “we might have the best talent we’ve ever had here and only win three games. We must find an edge. That edge turned out to be playing fast. What everyone knows now as the ‘Air Raid’, spread the ball around to all the receivers and force the defense to cover the entire field and split the touches. We did that at breakneck speed. That all got born in 1991 at Iowa Wesleyan.”

Coaching the No. 1 pick in NFL draft

After leaving Wesleyan, Mumme went to Valdosta State, where they played for the national championship twice and won the first conference championship. Mumme’s star continued to rise in the coaching ranks, as he was offered the job at Kentucky. He coached the No. 1 pick in 1999 draft by the Cleveland Browns, Tim Couch.

Mumme’s Kentucky beat Alabama in 1997 for the first time since 1922. His best year as ‘Cats coach was in ‘98 when they beat in-state rival Louisville, 68-34, and finished the season 7-5 and 4-4 in the rugged Southeastern Conference.

Their season was so good they played in a New Year’s Day bowl game for the first time in 47 years.

“Alabama was ranked No. 19 in the nation,” Mumme said. “Kentucky hadn’t beaten Alabama in 75 years, it was something like 1922. You could feel it during the week. Our players bought in. We kind of knew we were going to win that game all week.”

Mumme coached in the XFL for the Dallas Renegades before it was shut down because of the coronavirus.

The best advice he received was from NMMI’s “Doc” Blanchard, for him to follow his heart and do what he loves in life.

The best advice he could give a NMMI player: “If you love the game, I wouldn’t worry about the labels. Division I, II or III. When you come from NMMI and you have a couple of years left to find a place you’re happy with and a place you want to graduate from, go have fun playing the game. The labels will seek you out, you won’t have to seek them out.

Mumme used to visit NMMI a couple of times a year when he was coaching at New Mexico State. He has not been back since.

“I have a great love for NMMI,” Mumme said. “The great thing people forget about is, I’m still friends with all the guys I played with.”