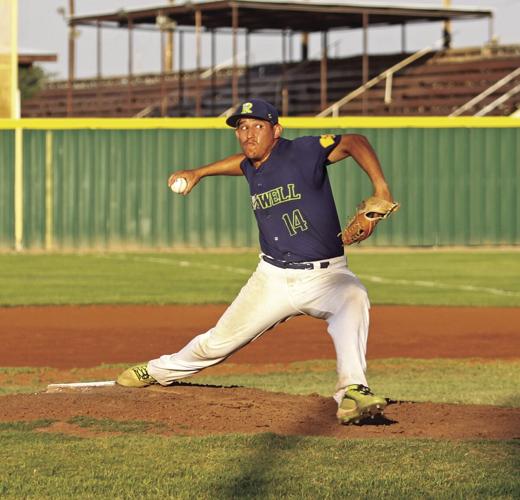 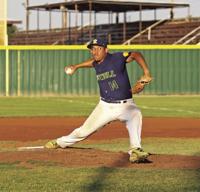 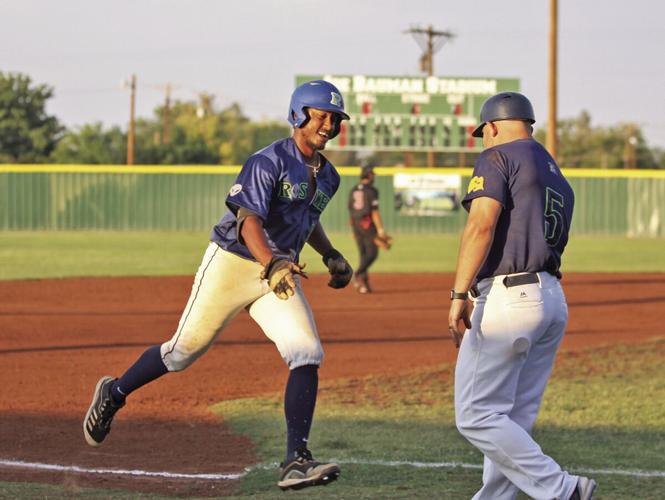 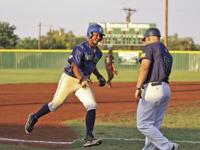 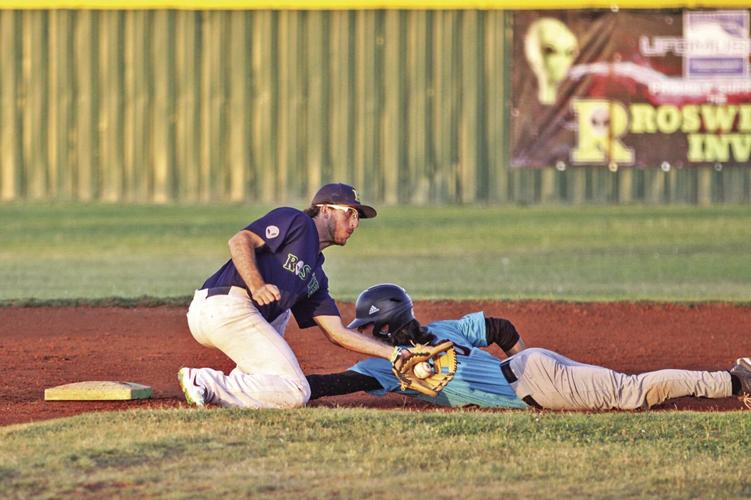 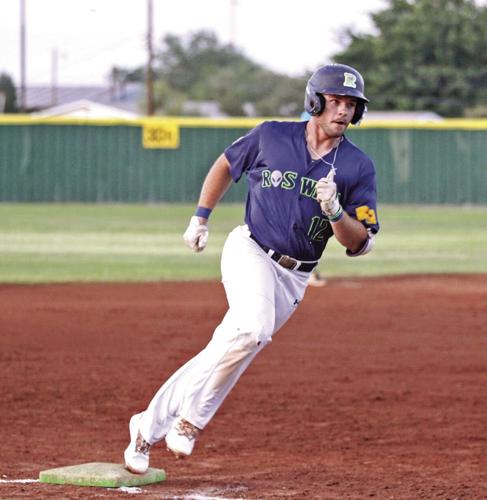 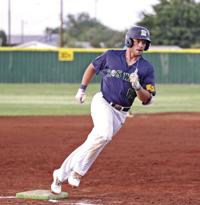 Invaders outfielder Dillan Smith (12) rounds the bases Monday against the Santa Fe Fuego at Joe Bauman Park. Smith put on a show against the Hormigas with eight total RBIs in four games, and had three stolen bases against the Tucson Saguaros.

Invaders outfielder Dillan Smith (12) rounds the bases Monday against the Santa Fe Fuego at Joe Bauman Park. Smith put on a show against the Hormigas with eight total RBIs in four games, and had three stolen bases against the Tucson Saguaros.

The Roswell Invaders extended their win streak to eight by winning at home against the Santa Fe Fuego on Monday, placing the Invaders fourth in the Pecos League Mountain standings.

The Invaders won their series against the Weimar Hormigas last week. Roswell ramped up in runs throughout the four-game homestand against the Hormigas, starting off with a 5-2 win on July 12 and ending with an 18-3 win on July 15.

The Tucson Saguaros and the Santa Fe Fuego fell against Roswell on Sunday and Monday.

The Saguaros started off strong by putting up three runs in the top of the first, but Roswell matched those runs later, in the sixth, thanks to Dillan Smith. Smith was a terror on the bases with three stolen bases, including the go-ahead run in the sixth.

The Invaders put up a five-run comeback Monday in a 9-4 victory against Santa Fe, with Roswell first responders in attendance. Invaders outfielder Juan Diego Montes led the team in RBIs with three, including two home runs, followed by outfielder DeMarcus Kelley with two. Roswell infielder Colton Adams and Montes had two runs each.

The Invaders will be playing the Colorado Springs Snow Sox Thursday and Friday.