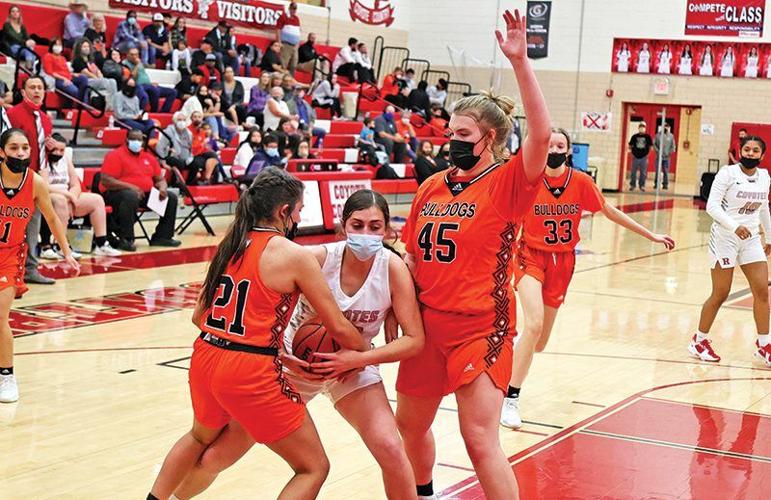 In this file photo, Roswell High senior Victoria Sandoval (12) fights for the ball against Artesia during a contest earlier this season. (Shawn Naranjo Photo) 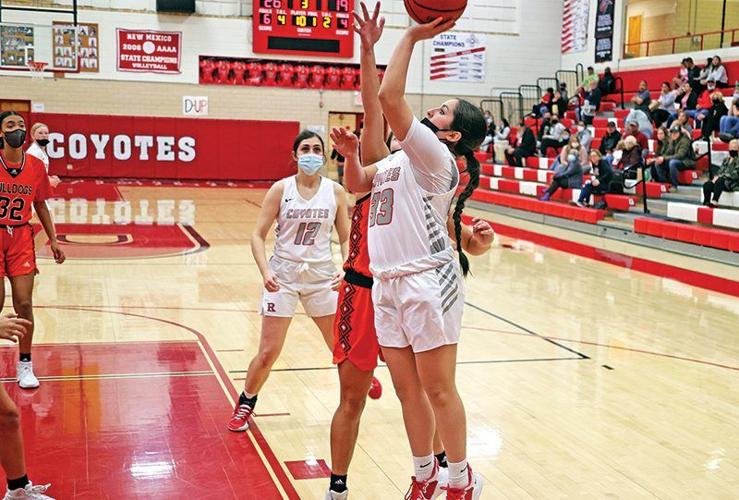 The Roswell High School girls basketball team beat the Lovington Wildcats by a score of 36-15 Friday, improving their season record to 10-8.

After losing a tough game against Artesia at home, the Lady Coyotes beat the Wildcats for the third and final time this season.

“The things that we are working on are starting to implement,” Coyotes head coach Daniel Smith said in a phone interview. “Alayna Tarin carried us offensively, who scored 19 points.”

Smith said the team was “short-staffed” due to either injury or illness.

“We were able to make it through the game with the other players that brought their A-game,” Smith said.

The Roswell girls won all three games against Lovington this season and are now set to take on district opponents like Hobbs, Carlsbad, and Clovis.